Venice: all events not to be missed

Countdown to the official opening of the Venice Biennale, which will be held from 28 August to 7 September at Ca ‘Giustiniani (San Marco, 1364 / A), this year under the direction of Alberto Barbera. The most fascinating city bustles with our own guests and international tourists, professionals and those who want to experience Venice […]

Venice: all events not to be missed

Countdown to the official opening of the Venice Biennale, which will be held from 28 August to 7 September at Ca ‘Giustiniani (San Marco, 1364 / A), this year under the direction of Alberto Barbera. The most fascinating city bustles with our own guests and international tourists, professionals and those who want to experience Venice Film Festival during one of the most famous in the world. Inaugurations, openings, national pavilions and collateral events circulating around 70. Show Film Festival that becomes the perfect opportunity to enjoy the beautiful and romantic Venice. Here is some information to help you not to get lost in the chaos of festivals and exhibitions.

Must see the pavilions in the Giardini of the Biennale and the installations in the historic home of the ‘Arsenale. The Historical Regatta, one of the most famous sporting events and folklore of Venice, takes place this year September 1, 2013. The event, which provides for the parade along the Grand Canal in a sixteenth-century procession of boats with crew members in period costume and the exciting races of pupparini, gondolas and caorline (racing boats) is preceded by a number of interesting events Admission is free until all seats available. 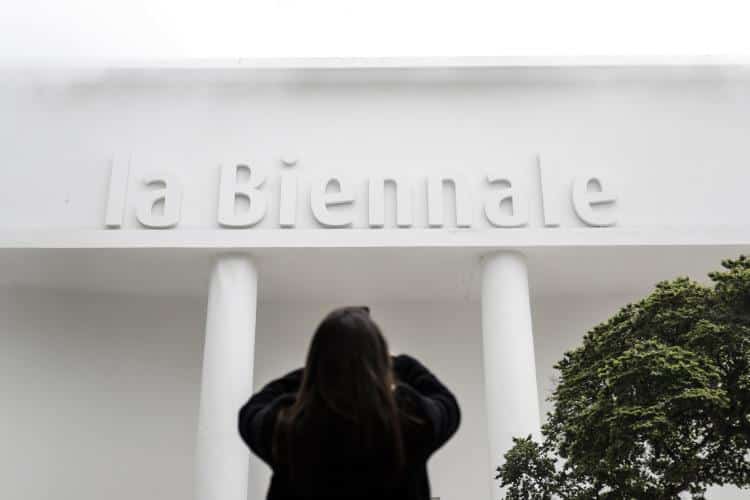 On August 30, at 19:00 at the Squero San Trovaso will be held “Venice Revealed,” a project by Alberto Toso Fei and Elena Tagliapietra: show of readings and performance of body painting.

Saturday, August 31, at 20:30 at the Church of San Salvador instead you will have the opportunity to attend the concert “Homage to Caterina Cornaro” by the Cultural Music in Venice

Until September 10, 2013 can be admired at Ca ‘Rezzonico – Museum of Eighteenth Century Venice one of the most important collections of prints and drawings specifically dedicated to one aspect of the Baroque in Venice: the extravagant boats created for the regattas organized by the Venetian Republic in honor of princes and rulers on a visit to the city.

And for lovers of the film, this year the Venice Film Festival in Venice offers a rich and varied program of quality films. Expected at the Lido big stars like George Clooney, James Franco, Zac Efron, Matt Damon, Scarlett Johansson. Vying for the Golden Lion at the Venice Film 70.Mostra 21 films and documentaries.

There will be services and facilities to the public, young people and accredited: the Biennale has develope the project in Lido Show in Movie Village which provides a Infopoints events and the offer of the Lido, as well as facilities such as a service free wi-fi 24 hours 24 shuttle service between the Show area, hotels in Lido and the airport Nicelli, infopoints in Movie Village for visibility on events, offers, prices and schedules shops on the Lido, student residences in rates (as residences Esu Venice – Hostelsclub – San Servolo Services), participating hotels, bicycle rental flat rate for the period of the Exhibition (Gardin Anna Valli – Piazzale Santa Maria Elisabetta 2 / A) and reductions in the cost of tickets to customers Trenitalia, holding tickets Frecciargento / Frecciabianca to Venice (date prior to travel up to 3 days) and members Cartafreccia.